While videogames are the most obvious kinds of software to deploy aesthetic effect, my first strong impression of the size of a program was in 3D graphics. But it wasn’t because of the infinitely-sized space I could use as a canvas.

The interactive thing that gave me the strongest sense of the program being big was when I clicked a button I’d never interacted with before, despite being a user of the software for years. It opened a new window that I’d never seen, with functionality that I had never used before. This experience has lead me to conclude that the sense of scale we get from interacting with an interactive system is more related to the processes we perceive than in the size of the canvas. 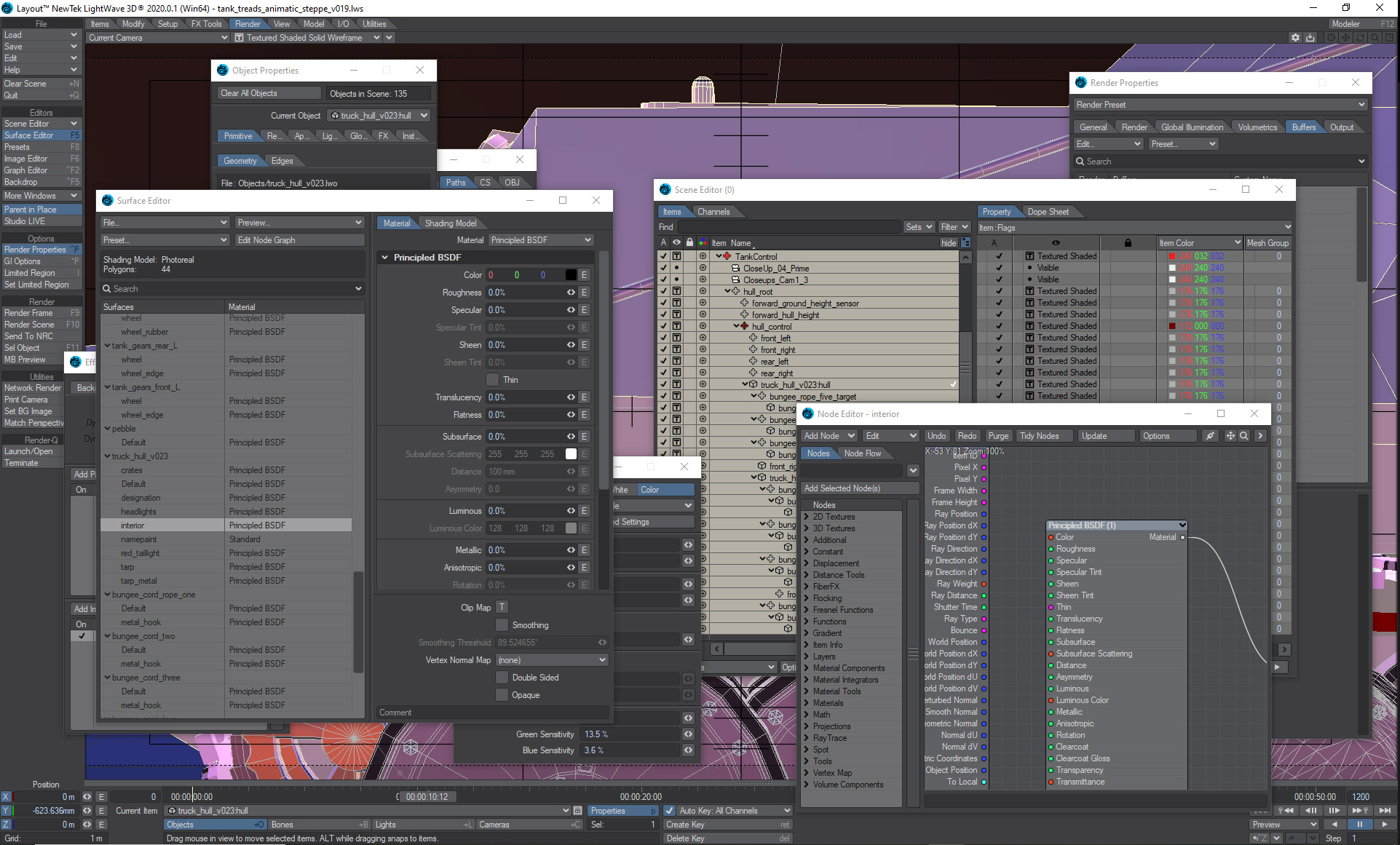 I believe this has some relationship to the sense of scale in procgen. There, the perceived scale of the space of possible generated artifacts is related to the perceived complexity of the system that makes them. Though we don’t yet fully understand the relationship between perceived expressive range and system complexity.

The sense of scale also operates in reverse: sometimes you don’t want to make something that feels big. Sometimes you want small and cozy. Games that take place within a single screen feel smaller and cozier than ones that scroll around a map. Though there are plenty of single-screen games with complex reveals: Nethack by default fits nicely in a standard VT52 terminal.1 and no one ever accused a Zachtronics game of lacking depth.

Nethack reveals new depths through new interactions and new levels, but doesn’t change the UI. Other games unfold new depth through visible changes to the UI. Like many idle games Universal Paperclips (2017) takes place on one screen, but opens new modes of interaction as the game continues. There’s a relationship here between perceived depth and modes that I’ve been trying to tease out for the past year or so.

Modes in user interfaces have been discussed for a long time in HCI, often in a negative sense.2 But modes and other interface elements that unfold to display new information and new processes are one way to make a game feel bigger. That wasn’t a priority for business software, but software that does have an aesthetic goal can take advantage of things that affect the users’ sense of scale. 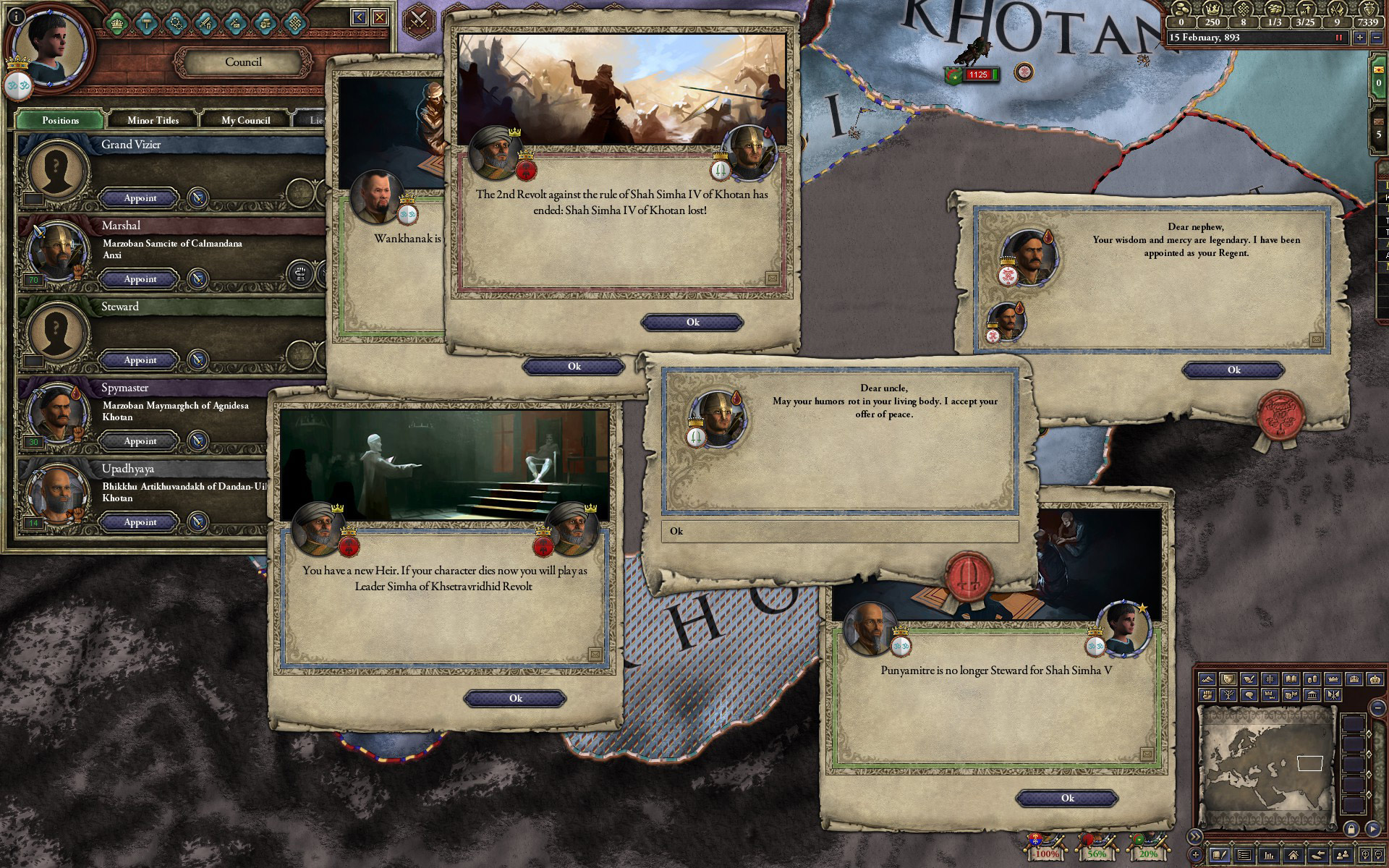 Crusader Kings 3 should bring back the window that lets me see what the characters think about other characters.